A recent resurgence of the virus known as yellow fever has sparked a deadly race against time between the disease and international health workers. Although yellow fever has been largely controlled by vaccinations and mosquito abatement programs since the 1930s, recent degradation in the international vaccination network allowed the disease to spread further and faster than it might have in this recent outbreak.

Yellow fever is a mosquito borne illness that has been familiar to the Western Hemisphere for generations. It has the potential to be severely harmful or even fatal to those who contract it. Its original genesis was on the African continent. The disease was first brought to the Americas by enslaved Africans, where it made the leap into the general population of both continents. It was once common for yellow fever to sweep New York City, Washington DC and Philadelphia, and it became a regular plague in these areas up until the 19th century.

Improving habits of sanitation pushed the mosquitoes carrying the disease back, and in the 1930s a vaccine was developed that could finally abate yellow fever. Since that time, the virus has been largely confined to rural populations in Africa. The occasional flare-ups were small enough that they were not difficult to detect or to treat. As the urgency of the disease began to ebb, the world vaccine supply was allowed to dwindle. In the 1970s there were 14 different manufacturers of yellow fever vaccine.

By the modern day that number of vaccine factories had dropped to six. Only four of those market their product to the World Health Organization. The vaccine is not particularly difficult to make, as it costs less than a dollar and can be incubated in chicken eggs. The problem is that it is not particularly profitable for the company. 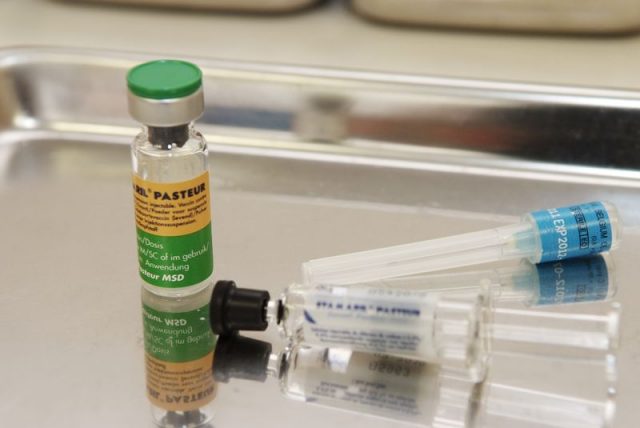 When yellow fever resurged in December 2015 the world was singularly unprepared. The first deaths in Angola were entirely missed, and it was not until test samples made it more than a thousand miles across the continent to the Pasteur Institute in Senegal that the alarm was raised. By that point the disease had begun to spread, and the World Health Organization was faced with the difficult task of containing an incipient international outbreak.

Worst of all, cases had been detected in China. There is no native resistance to yellow fever in Asia, and if the disease had made the jump into the general population of China, then the results could have been disastrous.

Although world news was largely concentrated on zika and other diseases, yellow fever now had the utmost attention from the World Health Organization. A race against time ensued as the WHO struggled to contain the threat with vastly reduced resources and a minuscule staff. Even at the height of the outbreak there were some places that had only fifty mosquito control officers on the ground. As the virus traveled across a dozen Angolan populaces and into the Congo the WHO worked to pool world vaccine resources and meet the demand.

Countries from Brazil to the South Sudan contributed their yellow fever vaccine stockpiles even though they had little to spare. There was also an outbreak in Peru that stretched supplies even thinner.

With great effort the line was held, and only about a thousand cases of yellow fever occurred worldwide. Strategic deployment of logistical technology, intelligent usage of the existing vaccine stocks, and targeted mosquito control efforts contained the disease until more vaccine could be made. Now Angola reports more than four months without a new case of the virus. Although yellow fever may certainly recur at any time, the world vaccination system was severely tested and survived.

It is hoped that valuable lessons will be learned from this and vaccine manufacturers will no longer neglect these basic vaccines against fatal epidemics in their quest to make profits.

Mark Sadaka from Vaccine Injury Help Center, the leading Vaccine Injury Attorney, has a national practice and works with clients from New York to Alaska.

0 0 0 0 0
Previous : What are the Stages of a Roof Replacement?
Next : Snoring And Its Ill Effects