Many people have heard about Muay Thai, but they are not sure what exactly Muay Thai is. If you are one of them keep reading because we will provide some basic information about Muay Thai and explain why it is a good idea to get involved in Muay Thai training. 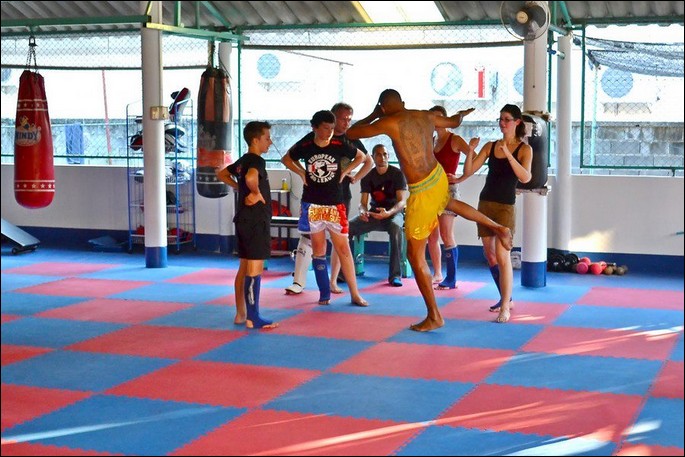 To start with, Muay Thai is the other (or the original) name of Thai boxing. The term Thai boxing is a little bit inaccurate because Muay Thai is much more than boxing. The first records about the use of Muay Thai are hundreds of years old. Obviously, back then this sport was more like a martial art and a fighting discipline. The times back then were very turbulent so people had to come up with a good fighting technique for close combat. In the beginning Muay Thai fighters used some weapons too, but over time the weapons were abandoned and Muay Thai evolved into a sport. The events featuring Muay Thai fights were one of the most awaited events of the year. In the early 20th century, the king of Thailand set a special set of rules and established Muay Thai as an official sport accepted in many other countries.

With the increased popularity of Thailand as a travel destination for both family and other types of holidays, more and more people were interested in trying Muay Thai. Obviously, the fantastic appearance of Muay Thai fighters was one of the reasons why they wanted to try their training regimen. And they were right! Muay Thai is a fantastic fitness activity that can help any individual boost their health and appearance.

If you want to get involved in Muay Thai training, you will need to find a training camp. This is one of the simplest tasks because these camps can be found in almost any place in Thailand. If possible, stick to camps that have years of experience and camps that accept all kinds of students. Luckily, most of these camps allow any individual (man, woman, old, young, in or out of shape) to take training classes.

Many people are intimidated by this sport because they believe that Muay Thai can lead to injuries and other scary experiences. But, they are completely wrong. The classes at Suwit Muay Thai are monitored and directed by professional trainers who give precise information about every exercise. In addition, you won’t participate in actual fighting. The exercises are very entertaining and they will keep attracting you and make you ask for more. An average class lasts between one and two hours and you can use the rest of the day in any way you want. So, you won’t miss anything from your holiday, but you will definitely gain a better and stronger body, relaxed and de-stressed mind and very high self-confidence. Your health should be the most important thing in your life and the best way to start taking a good care of it is to use your holiday and build a fitness routine. Muay Thai can definitely help you with this task!

0 0 0 0 0
Previous : Project Management- Helps The Business To Flourish
Next : A New Era Of Social Networking Is Ahead