Talk about a hot topic! Every day, there are news items about the issue of same-sex marriage – statements from religious leaders, social conservatives, gay rights leaders, and politicians and rulings handed down by state and federal courts.

From a historical vantage point, issues of marriage have traditionally been left to state governments, with two exceptions – a federal law against polygamy and the more recent DOMA act passed by Congress and then struck down by the U.S. Supreme Court.

And with the 2016 presidential campaign heating up, the same-sex marriage issue will be one to which every candidate will be asked to respond. 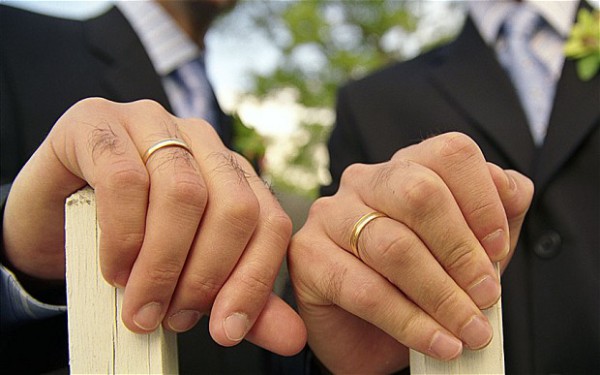 For students, same-sex marriage is often a topic for essay writing – in English, political science, sociology, religion, and psychology classes – for a variety of purposes. There are three types of essays which might be assigned on the topic.

An expository essay is written to provide an explanation of something. If you choose to produce such an essay on same-sex marriage, you must understand that the purpose is not to present an opinion on the issue, but, rather, to provide factual information with a specific purpose. Thus, these types of essays might center on the following specific topics:

Now, you will be taking a side on this issue. The purpose of a persuasive essay is to convince the reader that your position is the correct one. It differs from the argumentative essay, because you do not have to address the positions of the opposing side, only yours. To make your claims, however, you will need evidence to support them, and that evidence can only be gathered by research.

If, for example, you are in favor of same-sex marriage, you will want to identify the point you intend to make, find the evidentiary support for those claims, and present each point in a clear paragraph with a strong topic sentence and detail. Perhaps you will choose to claim that same-sex marriages are just as stable, if not more so, than traditional marriages.

There are statistics that tend to demonstrate this claim. Suppose you intend to claim that children of same-sex couples are just as psychologically healthy and well-adjusted as their counterparts from traditional marriages. There is a large body of evidence that supports this claim – you job is to find it and cite it. Remember, as well, that, just as with any essay, you must have a compelling introduction that contains your thesis statement and a conclusion that wraps up your entire argument nicely.

The argumentative essay will require that you take a stand on same-sex marriage, make your claims (all backed by evidence, of course) and then address the opposing viewpoint, stating their claims and then refuting them as best you can. Sometimes, you can actually use the same research that you cited as evidence for your position to refute theirs.

For example, if you are claiming that children from same-sex marriages are just as mentally healthy and well-adjusted as children from traditional marriages, you will find a number of longitudinal studies conducted by the American Psychological Association that support your claim. If one of the opposing points is that children suffer, you can use the same studies to refute that argument.

If the opposing side insists that America was founded on certain principles, one of those being traditional marriage, refuting that point might involve speaking to the fact that we are a democracy and that all current polls show majority support for same-sex marriage.

Structure for the Argumentative Essay

Structuring the argumentative essay is a bit more complex than the expository or the persuasive, and a clear outline will be necessary. The easiest method is to state each of your claims in a paragraph, along with the supporting evidence and then move on to the opposing claims, each in separate paragraphs, with your refutations.

A more complex method of structure, used by some, is to take two positions on the same sub-topic, present them both in the same paragraph, and then provide the evidence to support yours over the opposition. For example, you might want to address the issue of parenting and children. Your claim is that children of same-sex couples do not suffer emotional harm; the opposing side says they do.

You will state both of these claims in the same paragraph and then point to the studies supporting your side. You may want to state that homosexuality is not a choice, while the opposing side states that it is. Again, both sides can be presented in the same paragraph, and you will need to cite the research that supports you.

Same-sex marriage, like all controversial issues, can be highly emotionally charged. It is important that you present your “case” without name-calling or belittling those who do not share your opinions. There is no place in a scholarly discussion for such antics, so avoid them at all costs.

Translating your thoughts and/or opinions into exceptional essays is difficult for lots of students, so, if you struggle with this aspect of college coursework, do berate yourself or turn in less-than-solid writing assignments.

TrustEssays.com is a reliable writing service that can provide you with a personal writer for any type essay of which you have need. Contact us, place an order, and receive a completely original piece that is custom written according to your specifications.