Since the beginning of the human experience disease and illness have been present. Our ancestors and current scientists alike all fight to battle these viruses. Evidence shows that as early as 1000 CE the Chinese were practicing employing a smallpox vaccine.

Over time and with significant scientific advancements we have created a society in which vaccinations against diseases are not only widely available but also required for children. Since vaccines have been so widely used several side-effects and complications have been brought to light. This question has been at the forefront of the vaccination discussion; are vaccines really as safe as we think? 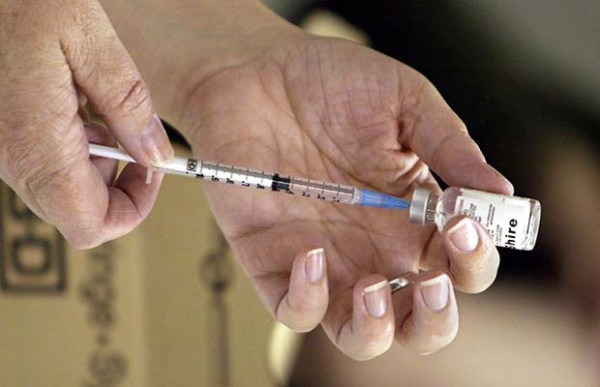 The CDC has a list of all the known possible dangers of all currently available vaccines. Most commonly children will only experience minor side effects but others do have severe reactions. Common and mild side effects include headaches, sore throat, nausea, abdominal pain, fever, reaction at the injection site, fatigue, fainting, and of course irritability and fussiness in children.

Many serious side effects though less common are also listed. The DTaP vaccine for example is recommended to be scheduled for infants at a minimum of only 6 weeks old and is given in four doses. Severe issues are listed as possible side-effects such as seizures, non-stop crying, fever over 105 degrees, long-term seizures, coma, and even permanent brain damage.

Similarly, the MMR vaccine which is recommended for children at around 12 months has been shown to cause a fever-induced seizure, deafness, long-term seizures, coma, and permanent brain damage. Any vaccine can also cause a severe allergic reaction.

All the dangers listed above are ‘known’ side-effects. In essence this means that these results occur frequently enough to make the assumption that the vaccines are the root cause of the problem. There are numerous other complications which have not yet been studied extensively enough to determine if the vaccines cause them or if they are just coincidentally occurring after the vaccine doses.

The Institute of Medicine (IOM) published a significant report in 2013 about children’s immunization schedule and concluded that there are significant gaps in the scientific research and the currently recommended vaccine schedule has not fully been scientifically evaluated.

Simply put, the IOM’s report made it clear that they truly have no idea if the vaccines caused adverse effects or not due to a serious lack of research. These suspected complications vary in severity from autism, febrile seizures, shock, and deltoid bursitis to inconsolable crying and even death.

It has been accepted that some individuals are genetically more susceptible to the risks and complications but there is no method in determining individual risk before vaccination. It is obvious that more scientific research is needed to fully understand the risks of these vaccinations we are requiring all infants and children to receive. Current research indicates we do not truly have an answer for how safe vaccines are only the government’s word.

Mark Sadaka is a vaccine injury lawyer who represents numerous clients from around the country. Sadaka’s firm has the resources and expertise necessary to successfully handle these medically complex cases. Go to Vaccine Injury Help Center if you have vaccine injury related concerns.