As customers have become more price conscious, retailers have changed their pricing strategies to emphasize value. This value–price relationship allows for a wide variety of highly creative pricing and marketing practices. As discussed previously, delivering high levels of recognized value in products and services is one key to retail customer loyalty.

The basic premise of a successful business operation is selling a good or service for more than it costs to produce or provide. The difference between the cost of a product or service and its sell- ing price is called markup (or markon). Markup can be expressed in dollars or as a percentage of either cost or selling price:

For example, if a shirt costs $14, and a retailer plans to sell it for $30, the markup would be as follows: 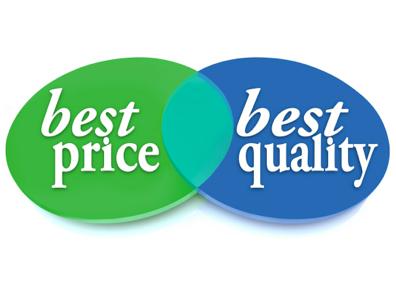 The cost of merchandise used in computing markup includes not only the wholesale price of the merchandise but also any other costs (e.g., selling or transportation charges) that the retailer incurs and a profit minus any discounts (quantity, cash) that the wholesaler offers. Markups vary across industries, but in the fashion clothing business, a markup (of cost) of about 140 percent is common. However, some brands command much higher markups. For instance, True Religion’s Phantom jeans generate an impressive 362 percent markup of cost (see Figure 10.3).

Once entrepreneurs create a financial plan, including sales estimates and anticipated ex- penses, they can compute their companies’ initial markup. The initial markup is the average markup required on all merchandise to cover the cost of the items, all incidental expenses, and a reasonable profit:

where operating expenses include the cost of doing business, such as rent, utilities, and depreciation, and reductions include employee and customer discounts, markdowns, special sales, and the cost of stock-outs.

Any item in the store that carries a markup (of retail price) of at least 62 percent covers costs and meets the owner’s profit objective. Any item that has a markup of less than 62 percent reduces the company’s net income.

Once an entrepreneur determines the initial percentage markup, he or she can compute the appropriate retail price using the following formula:

For instance, applying the 62 percent markup to an item that cost the retailer $17.00 gives the following result:

The owner establishes a retail price of $44.74 for this item using a 62 percent (of retail price) markup.

Finally, retailers must verify that the retail price they have calculated is consistent with their companies’ image. Will it cover costs and generate the desired profit? Is the final price in line with the company’s strategy? Is it within an acceptable price range? How does it compare to the prices charged by competitors? And, perhaps most important, are customers willing and able to pay this price? Figure 10.4 explains the mathematics of markups—and markdowns—at the retail level.