How much do you know about sex dolls?

If you’re like most people, the answer is probably “not much!” And that’s OK — but we’re here to fix that. Below, you’ll read fascinating facts about sex dolls. Along the way, you may find that you have a greater understanding of these all-too-often maligned sex toys, which are far more interesting and far more “normal” than is sometimes assumed in our society.

Barbie was based on a sex doll

No, your favorite childhood toy is not a sex toy — but it is based on one! Barbie’s legacy starts with “Bild Lilli,” a sexy (and fictional) comic-strip call girl in 1950s Germany. A German newspaper produced a miniature sex doll based on Lilli as a sex toy and novelty item. The popular mini-sex doll allegedly inspired the famous Barbie doll. You don’t find Mattel admitting this, so the story remains hotly debated. Apocryphal or not, it’s a fascinating reminder of the cultural reach of a type of sex toy that is so often considered taboo.

You can find plenty of male sex dolls

When we think of sex dolls, many of us think exclusively of female figures. And it’s true enough that the market for sex dolls is predominantly male-seeking-female. But sex toy shoppers are far from being exclusively of that gender and preference: A good 10% of sex dolls sold are male figures. Perhaps more such dolls will be sold as sex dolls and other sex toys become more mainstream over the years to come.

A Michigan man has married his sex doll

For the most part, the people who buy and use sex dolls are just like everyone else. Sex toys of all kind are quite popular these days. A sex doll may cost a bit more than a vibrator or sex beads (and, admittedly, may be a bit harder to find room for in the closet), but it’s not really fundamentally different from those things. Still, a handful of folks out there have formed unusual relationships with their sex dolls. One man has even “married” his — and he has another doll as a “girlfriend” to boot! Though these sorts of things get lots of attention from the media, they’re not necessarily typical of sex doll ownership. For plenty of people, sex dolls are just sex toys. 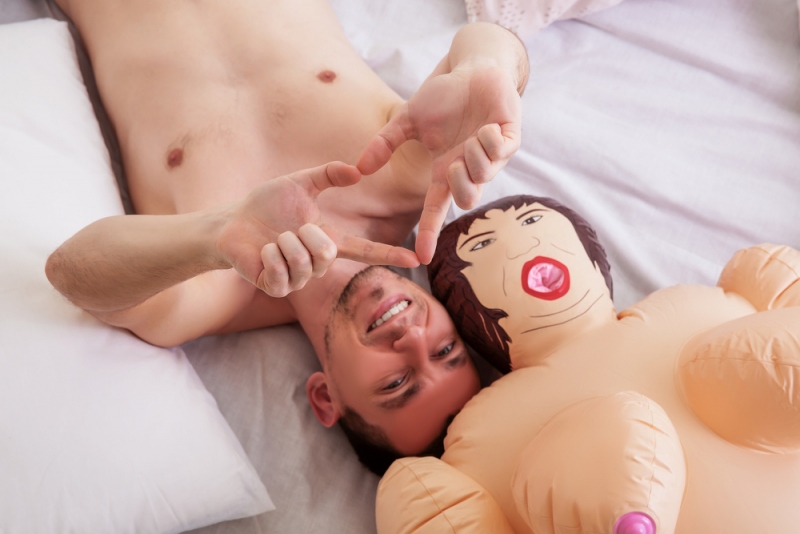 You can customize your sex doll

Sex dolls can be sex workers

Sex dolls aren’t all owned by individuals. Some japanese sex dolls are hard at work in the oldest profession. In Japan, as well as in some other countries, sex dolls are known to be in use at brothels. Thanks to the highly realistic look and feel of modern sex dolls, the sex trade could be changing for good. Sex dolls in brothels have the potential to remove vulnerable people from dangerous work environments, while still providing the service that is so in demand all over the world. Perhaps this will someday be a solution to the question of sex work in countries where it is currently illegal — and where, because of their work’s legal status, sex workers are particularly vulnerable. One can hope.