Window film is not just a great barrier to be used, as a protection against long-term exposure to harmful UV rays, there is also a security characteristic that is of great benefit to business owners the world over. You might not necessarily have thought about utilising window film as an extra layer, as part of your business security measures and plans. If you are yet to discuss the potential methods to implement as part of a business security plan, add blast proof window film to the list, and you’ll soon discover the range of benefits.

What can you expect should you install blast proof window film at your business premises? There are certainly a few big plus points from a business owner’s point of view.

The first major benefit to blast proof window film is pretty self-explanatory. This type of window film has been designed and developed to help withstand high pressure against the glass panes it is has been applied to. If burglars attempt to gain entry through a window that has blast proof window film attached, or there is an accident where blunt force occurs against the pane, the window film will prevent the glass from buckling and shattering into thousands of sharp pieces. This helps to reduce the risk of potential injury to your employees, who could be sat inside the building when glass shatters, causing potential fatal injuries. 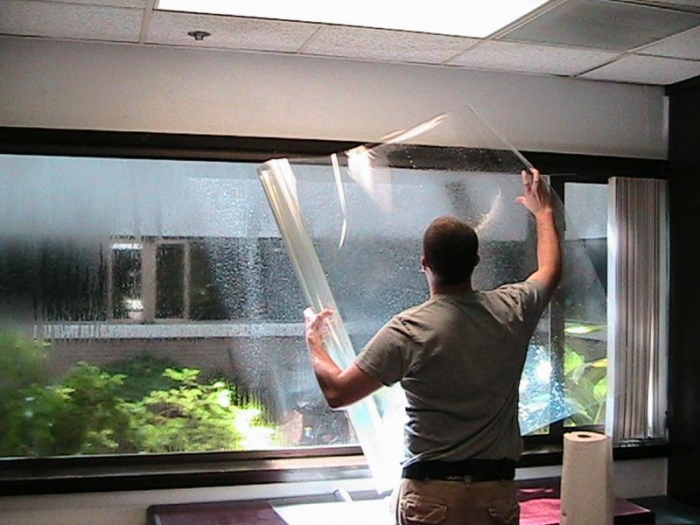 As we have just mentioned, one of the ways in which a shattering glass windowpane can take place is through attempted unlawful entry to your business premises. For every business there are plenty of valuables on site at any given moment, as well as personal and sensitive information relating to staff members, suppliers and clients that could be used illegally should they fall into the wrong hands. By applying blast proof window film to your windows, you are adding a strong extra layer of business security to your premises, making it much more difficult for unlawful entry to take place, and adding a deterrent to the exterior of your premises for all criminals to see.

One of the other aspects of blast proof window film that is often overlooked, is the positive impact that it can have on the effectiveness and productivity levels of staff members. The way that window film is designed it helps to lower the negative impact of direct sunlight. Over time, too much direct sunlight on an office space can lead to glare on computer screens, and overheating of the room. If your staff members are uncomfortable they are less likely to be productive. Window film of all kinds is designed to reduce this uncomfortable feeling and leave a workspace that is perfect to perform the tasks at hand.

As you can see, there is a range of benefits to blast proof window film being applied to the windows at your business premises. Your staff will remain safe from harm in the event of an attempted window smash, productivity levels will be raised through a reduction in temperature and screen glare, and most of all security levels will be high.

0 0 0 0 0
Previous : Picking A Family Law Attorney In Arizona
Next : The Caulfield Cup: Odds For This Year