The world of blogging has over the past few years undergone swift structural changes. Some ten years ago your written word was your only way of passing that little message. Feedback was wholly dependent on replies received from what had already been posted. This rather boring system of communication was challenging. Yet, it was the best the market had to offer then. At least until live streaming was unveiled to the masses. Thanks to technology it is now possible to reach your audience and engage them one on one. 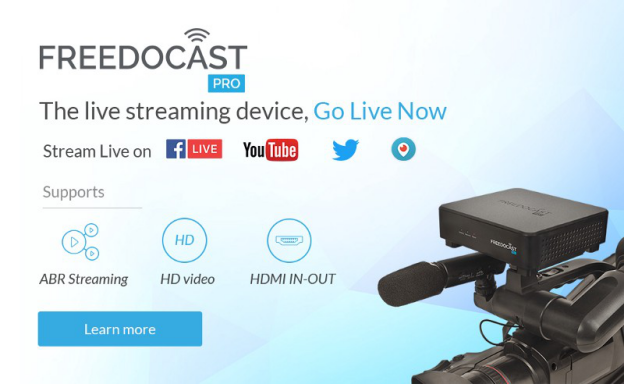 In a nutshell, live streaming refers to the live broadcasting of one’s content such as a talk over the internet, so that your audience receives the same in real time. That is, we get to hear and see what you say and do almost within the same time after you have said it.

Live streaming is not without its challenges. To begin with, one of the greatest challenges is the lack of adequate internet connectivity. A good number of countries in the world still have erratic internet connections. This makes the live broadcasting experience very unpleasant for both content streamers and audiences.

Additionally, cross platform usability has also been a challenge. For live streamers, the ability to be on more than one network at a go is a powerful currency. Unfortunately, various technological challenges including the erratic nature of internet connection as noted above have restricted streaming to ‘single platform at a time.’

Live streaming has slowly been moving away from low-quality cameras to high-quality cameras. The downside of this is that more power is needed to render the video in real-time. This has necessitated the innovation of live streaming devices to handle some of these challenges.

Freedcocast Pro is one of the most touted live streaming devices. The handy little box might not look like much on casually viewing it. However, a closer inspection will introduce you to more than just an ordinary live streaming device. The device comes with three USB ports two 2.0s and one 3.0 port. So yes your hard disks and flash disks can be easily connected to the device as a backup. That is not all, the inclusion of a TF card slot allows you to add a micro SD card as memory backup.

The box measuring 5.7”x5”x1.3” is also equipped with a pair of HDMI-out and HDMI-in slots. This makes it possible to handily connect it to many devices. Using the HDMI in you can easily connect your phone and camera to Freedocast. Strategically placed a bit far from the HDMI-in slot, the HDMI-out slot permits connection to your television or computer to enable your review of whatever you are passing out to your audience.

Still want your own audio away from the HDMI experience? The device comes loaded with a separate audio port that you can use to connect to external speakers. You also get a mic in port that can also act as a microphone slot, headphone port or a camera audio. An Ethernet port that supports 10/100 Ethernet network is availed on the machine, most suitable if the device is being used at home for live streaming to Facebook, Twitter or YouTube.

Are you out in the field and fear that the machine will go off before you are done streaming? The machine has its own Li-ion batteries that can hold powers for long. That is not all. Freedocast is fitted with a 12v DC in port. The device also has a DC adapter for use on the DC port. The good thing with having this port is that you can also get yourself a pair of car charging cables with node pegs that allow charging using the car batteries.

0 0 0 0 0
Previous : Diets for Quick Weight Loss – What Is Your Best Weight Loss Plan
Next : Roles And Significance Of Smilecorp Dental Clinics