Classifiers are used to separate larger particles after which they are sent back to mill for further grinding. High-efficiency classifiers give more strict separation and reduce over-grinding and mill energy consumption.

Cement manufacturers have been forced to ensure cement of high quality by the increased demand by users. They now have to either reduce the residues or increase the fineness on either # 272 or #72 work as the common 33 grade has now been raised to 53 degrees or more. 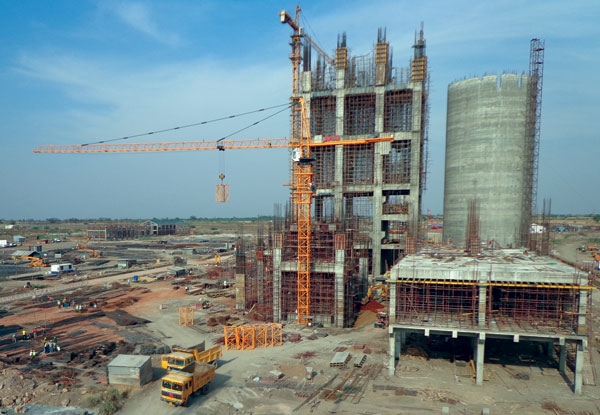 The increase in fineness has reduced the overall productivity of the typical grinding system by 10 to 15 percent. This reduction in productivity of plant along with an increase in the cost of raw materials has called for the development of a new technology that will be able to produce cement with high strength without causing a reduction in the capacity of the current grinding circuit.

The Evolution of Separators

The first generation classifiers were able to separate coarse particles from fine particle but could not work the other way round. Therefore, all the requirements were not adequately met.

It was followed by the development of dynamic classifiers which allowed the product to be separated into coarse and fine particles. However, the preciseness of the separation depended on the effectiveness and efficiency of the separator.

The first generation operates on the use of centrifugal forces, and the dynamic classifier depends on the proper balancing of drag, centrifugal and gravitational forces.

Then came the second generation classifiers, which has a rotating plate dispersion of the materials. It has a rotating rotor fixed in the upper part that ensures air circulation. When the final product falls, it is recovered via a second conical casing.

In the third generation classifiers, there is an improvement in the efficiency as there is additional fan added to the circuit to suck the gas output with the fines instead of the rotating rotor.

The LVT classifiers are installed for different applications at the various grinding circuit which include the vertical mill, ball mill, high pressure grinding roller press circuit.

What makes LV classifier distinctive is its three-phase classification process.

In the first phase, the grits fall into the air stream and go back to mill for further grinding through the reject air slide. The sand is separated from the fines before they reach the LV pockets and rotor.

The second phase takes place in LV pockets due to change in velocity and does not need any energy to do that. In this second step, a significant amount of grits is removed before reaching the rotor for final separation.

Then in its final and third phase of classification most of the grits have already been separated in the feeding point and the LV pockets, the rotor then accomplishes less work.

With the LVT classifiers, the separation takes place due to two opposing which are the centrifugal forces owing to rotation of the rotor blades and the drag force as a result of the passage of gases.

The dynamic balance of these two forces determines the cutting diameter. The cutting speed can be managed by adjusting the rotor speed.

The Feed Arrangement of the Fourth Generation Classifiers

In the LVT classifiers, the feed is made available at the bottom and in suspension. This arrangement makes for an appropriate and uniform distribution of material fluid through the entire rotor cross-sectional area.

High-efficiency classifiers, in addition to improving productivity, also ensures the reduction in the total power consumption and improves quality. The fourth generation classifiers have been able to give an efficiency of about 85 percent.

The LVT classifiers do a good job in the separation of fines and do so with a minimum pressure drop. LVT classifiers offer improved separation which helps to increase the capacity of the mill, improving the quality of the cement – due to better size distribution – and can result in a reduction in the energy consumption in the kiln

Ravi Kumar is a mechanical engineer with over a decade of work experience in the manufacturing industry. He is a key member of the product architecture team at Chanderpur Group. He is always keen to study and try out new technologies.