Apart from all the showcasing prowess it holds, presidential debates can, in fact, be brought into classrooms with a view to enhancing the worldview to children, who are slowly understanding the concepts of elections and the ways of bureaucracy. In this article, we will look at 5 ideas for teaching using presidential debates and what they signify when brought to children.

#1 – Ask for live student reaction on an ongoing debate row

Add a twist to this activity as you can ask your students to describe their reaction on a piece of paper and put it inside a ballot box to be read out later. This will be an anonymous writing and, when read out by you, can help them understand their own point of view as well as bring a new perspective to debates or political issues in front of the entire classroom.

Encourage your kids even to go public in front of the classroom with their opinion and reaction through a blog post or a forum, which you can especially put up for them. This will enable them to build up the confidence in themselves and be involved in the societal reformations.

#2 – Telecast the memorable moments from an iconic debate

Have a little theater time during your history class and showcase a compilation of all the memorable moments that are present from an iconic debate that took place. Ask them questions after the telecasting is done, such as what do you think of person1’s point of view? Were they right in justifying or taking a particular stand? What could’ve been a better way of approaching that sensitive topic? Did you feel something was wrong on that stage?

It is videos involving the debates between Carter-Ford, Obama-Romney, Nixon-JFK, Reagan-Mondale, or even Clinton-Bush that can be used to educate young aspiring Americans of the stances and the political speech that is used when in service to the government. 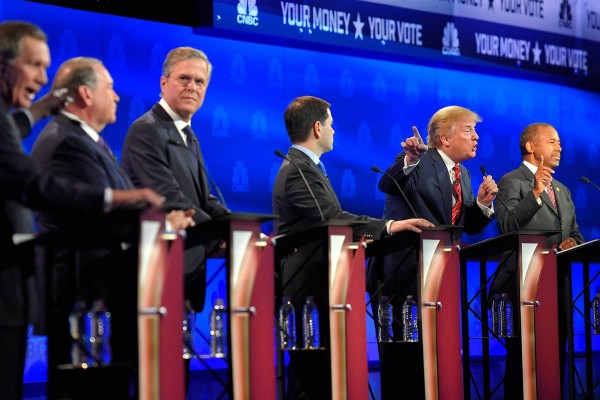 #3 – Ask for custom essays from your students

Asking your students to pick a random question asked during the recent debate and elaborating it on the basis of an essay can be a good exercise. Allow them to share their responses to the question, mostly generalized or modern, can help you gain their world views and help you achieve their knowledge as per their current standing in the world of political.

Encourage them not to resort to cheap custom essays or purchase them to get the work done, but encourage them to put in their thoughts. Value each thought that comes back; however, trivial it may be.

Creating a debate scoreboard in class and ask your students to update the scores of the on-going election or a dated election to find out the correlation of a debate about the elections. Allow them to analyze how similar or different are their scores and the result of the election. Ask them to keep score on who has won a particular debate and who hasn’t.

Setting up a debate needs to be done very meticulously. Organize a team debate and choose a simple topic to start off the conversations. Make arrangements for a controlled environment and help children jot down points before the debate so that you will be monitoring their content as well. A debate gone wrong can spark a riot in the classroom, and you will need to firefight the situation later.

I’m a freelancer who writes for different blogs.