A flowering plant from the Aster family, the Milk Thistle generally grows in dry, rocky soil. The height of this weed-like plant starts from 3feet and grows up to 10feet. It has spiny, dark green leaves and flowers having a variety of colours from purple to pink. The name comes from the milky white fluid of the plant leaves when crushed. It is a native to North Africa, southern Russia, Asia Minor and southern Europe and grows wild in the Mediterranean regions. The healing properties of this herb was first explored by a Romanian naturalist< Pliny the Elder who claimed that it was good for “carrying off the bile”. Later in the 16th century, John Gerard, a British herbalist recommended it for “expelling melancholy considered to be a liver ailment at that time. German doctors used the seeds of this herb to make a tincture to cure liver ailments by the 19th century period. Several other ailments like jaundice, mushroom poisoning, cirrhosis of the liver and many more are being cured through the magical properties of this annual herb. 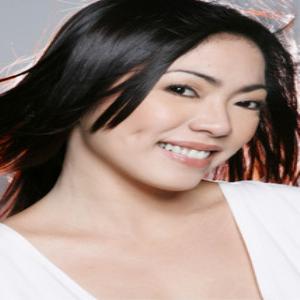 The medicinal value of this herb in liver detoxification
This natural herb is considered as one of the topmost options for liver detoxification in recent times. In this fast paced modern era people are leading a stressful life, eating fatty fast foods and consuming water and food containing high amounts of chemicals and pesticides. So this herb comes as a natural cure for anyone suffering from liver problems like cirrhosis of the liver, Hepatitis C, alcoholic hepatitis and many more. Initially, this liver detoxifying agent is known to strengthen the external membrane of the cells of the liver and provides the much needed protection which degenerates the damaged cells and even prevents toxic substances to penetrate the liver cells. It also has a beneficial effect on persons who are severe alcoholics by inducing the liver to release superoxide dismutase. As an antioxidant it cleans out the free radicals in the liver that have occurred from the severe use of alcohol. You can see the instructions at Nootriment.com for using this herb as a probable liver detoxifying agent.
Follow the proper dosage to get the best results
The standard dosage recommendation depends on the content of silymarin of about 80 percent (most supplements have 50-500 milligrams). But as proved by research studies it is better to opt for this extract other than choosing the different alternatives available as this herb contains certain other compounds which are known to play a serious role in performance enhancement. It is generally recommended to consume this supplement orally. Detailed instructions at Nootriment are best provided by health experts and fitness trainers. A dosage of 140mg thrice per day should be taken for those suffering from seasonal allergic diseases such as allergic rhinitis. People suffering from stomach upset (dyspepsia) can consume this drug in combination with certain other herbs at a dosage of 1mL thrice daily. All these dosage levels have been recommended based on scientific research studies.