In spite of the best-laid plans, building work doesn’t always go right, and this applies to projects regardless of their scale and budget. During the design phase a building is often touted as being both inspirational and memorable. However, when things go wrong, they can become memorable for all the wrong reasons. Here are some of London’s biggest property disasters.

Due to a design fault, many of the glass panels in the hotel accidentally became mirrors whenever guests turned on the lights. The solution provided was for guests to close the blinds in order to prevent peeping Toms catching a glimpse of something they shouldn’t. The unfortunate situation hasn’t deterred guests, though, and The Shard has continued to be a popular hotel in the capital. 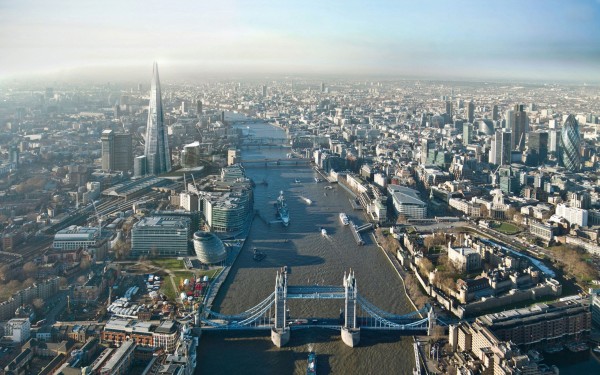 The Houses Of Parliament

The Houses of Parliament is one of the most well known and architecturally stunning buildings in London. However, the building is now considered unstable and if significant repairs are not completed on the building, it may no longer be fit for use. The estimated cost of these repairs is a staggering three billion pounds.

The Walkie Talkie Skyscraper has earned itself the nickname of the ‘Walkie Scorchie’ since its completion in 2014. For approximately two hours each day in summer, sunlight reflected from the building sends beams of heat to the streets below. It was discovered that these reflections were hot enough to cook an egg and, in 2013, a car was damaged beyond repair by the beams.

As a result, measures were taken to prevent any similar situations arising in the future. The building is now fitted with sunshades that prevent the reflected light reaching the ground below.

The Millennium Bridge, designed by Sir Norman Foster, was one of the iconic structures built in London to celebrate the Millennium. Others included the Millennium Dome and the Millennium Wheel. When the bridge opened in 2000, it shook and wobbled under the strain of the public walking along its 320-metre length, causing a media frenzy.

This resulted in the bridge closing for 18 months for alterations, including the fitting of lateral dampeners. It finally reopened to the public in 2002 and has proved to be a success ever since.

The Tower Bridge Walkway was damaged a mere two weeks after it first opened. When a tourist accidentally dropped a glass bottle while crossing the bridge, the glass of the walkway was shattered. Despite the accident, the bridge was still completely safe for the public to use and only one layer of the glass needed to be replaced.

Although some of these buildings and structures were considered disastrous initially, solutions were found to resolve the issues. They are now regarded as being as outstanding as they were originally intended and memorable for all the right reasons.

Many of these groundbreaking and risky ventures have turned out to be excellent properties and structures that will stand the test of time. The more modern amongst them are likely to provide an excellent return on investment, either through rental income or the money they generate as a tourist attraction.

Jonathan Stephens is the founder of SurrendenInvest and has a wealth of experience in the property sector and shares his knowledge by writing for property and investment magazines.