Ever since the year 2001, Pakistan has been struggling to eliminate terror activities and target killings. In the Mardan district of Khyber Pakhtunkwa, a polio vaccination team was attacked by gunmen who have been terrorizing health workers on a mission to either harm or kill them.  In the 11 designated districts of the region, the Sehat Ka Ittehad programme has been going on for three days starting from Monday and that is when the attackers saw an opportunity to conduct the heinous act against the health workers. The reason the polio program is being conducted is the fact that this year alone, there are five cases of polio in Peshawar, one in Lakki Marwat, ten in Khyber Pakhtunkwa making it the most affected, two in Tank and one in Nowshehra bringing to a total of 23. As of now, the country is among the three countries in the world where cases of polio are very high. In response to this, those that have been watching cnn live stream have seen the program targeting about 2,176,318 children with a maximum of 5 years with 580 teams stationed at specific points conducting the vaccination. There are also mobile teams totaling to 5,858 and also 307 points in the 448 selected union councils. 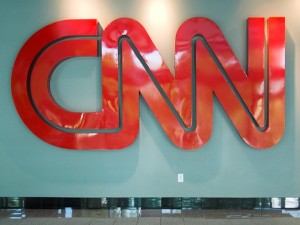 A police constable who was offering security to the team administering polio was injured in the attack while one of the attackers was killed on the spot. The injured police was taken to DHQ Hospital so as to be treated and was said to be in a stable condition. The reports on the attack were confirmed by the Mardan district DPO who identified the police constable as Habibulla while the slain attacker was identified as Jehanzeb. This is not the first attack that was targeting vaccination teams  since in the year 2012 in Karachi, six health workers were shot dead while on duty while just last year in Quetta, three health workers were injured, three women and one man were killed. Due to the attack, the polio vaccination was halted in Balochistan. There have been several other attacks.

2014 was one of the worst years in the country where polio remains a huge threat in the 21st century. WHO had to order that any American that was leaving the country must have had an anti-polio vaccine even if it was just a dose after about 306 cases were reported in one year. Since the year 2001, this was the worst case and also the first one to have more than 200 polio cases. This is the one reason there have been polio vaccinations in the country that is mean to reduce the cases if not to totally eliminate. Reports from the ground indicate that militants have their hideouts especially in the tribal and northern region of Pakistan where they have been targeting polio vaccination teams. Despite the challenges from terrorist that the health workers have been facing, they have played a great role in the reduction of the deadly disease as covered by cnn.