DJIA, S&P 500, ASX 200—these acronyms should be familiar to most traders. They happen to be three of the most important market indexes in the world. But they are hardly the only ones.

Hidden from the public eye, away from prying journalists, are indexes you would not have known existed.These indices tend to have a small market cap (business value measured in number of shares outstanding and share price) and employ the equity method of accounting. 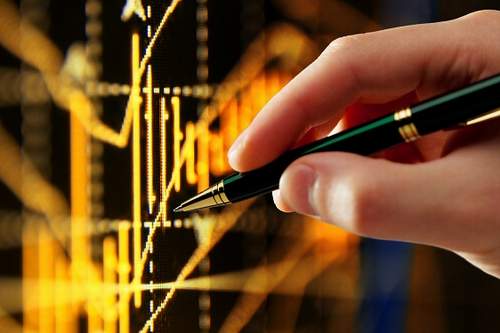 The following are some unlisted but truly noteworthy indexes:

Now this is one big monkey business—literally. As its name suggests, MonkeyDex is an index of Internet stocks handpicked—randomly chosen from a dartboard—by a monkey named Raven. From 1999 through 2000, Monkeydex grew to encompass 281 companies. Either human financiers are the daftest or Raven was the most prescient primate around.

For all its obscurity, the index known as the Markit CDX NA IG Series 9 was powerful enough to cause some problems for JPMorgan in 2012. Markit indexes contracts known as credit default swaps and thereby tracks the performance of 121 issuers of bonds in North America.

Market indexes are some of the most useful barometers of the economy, and this index easily illustrates how. Developed by Richard Arms Jr. in 1967, Armstakes into account advancing and declining stocks as well as advancing and declining volume to predict market price movements on an intraday basis. A reading below 1.0 would mean a stable market. Conversely, one above this figure would indicate a weakening market.

SOX is an index of some 16 American companies that manufacture and sell semiconductors. This covers high-profile corporations like Intel and Motorola.

WSX indexes 250 companies that fall under the small-cap segment. As such, it is widely useful for traders who favour derivatives within this sector.

XAU, also known as the Gold and Silver Index, indexes nine companies on the Philadelphia Stock Exchange that are involved in precious metals.

Billed as “a daily average of prices to ship raw materials,” the Baltic Dry Index is the brainchild of London’s Baltic Exchange, consisting of 250 companies that track shipping expenditures internationally. BDI has subindexes, namely Capesize, Panamax and Supramax, which estimate sizes of merchant ships.

You may know the Dow Jones Industrial Average, but do you know the Dow Jones Summer/Winter Index? It sounds like a fashion collection but this is actually an index of corporations sponsoring the Summer and Winter Olympics, the latest of which took place in London and Russia, respectively. Formed only in 2007, this index has a median market cap of $14.6 billion. Since the Olympics are a big deal, members of this index include household names like Coca-Cola, McDonald’s, andProcter & Gamble.

To seek obscure indexes, try to get a good screener. Start with a low float search, preferably a search for float in share terms.

Obscure stocks are beneficial in that they make your technical and fundamental analyses more insightful. With these stocks, the idea of companies earning their cost of capital should not be counted out. Obscure stock indexes have a lot of eye-opening insights about trading and the economy in general.