Russia has not always been the most open, accessible nation in the world, and to many its history is restricted to the military: failed attempts at conquest from other European nations, and their own military primacy. As the Berlin Wall (and it’s more metaphorical equivalent, the Iron Curtain) came down, the history of Russia became a more open book, and people began to learn about and appreciate the cultural history of this ancient nation. 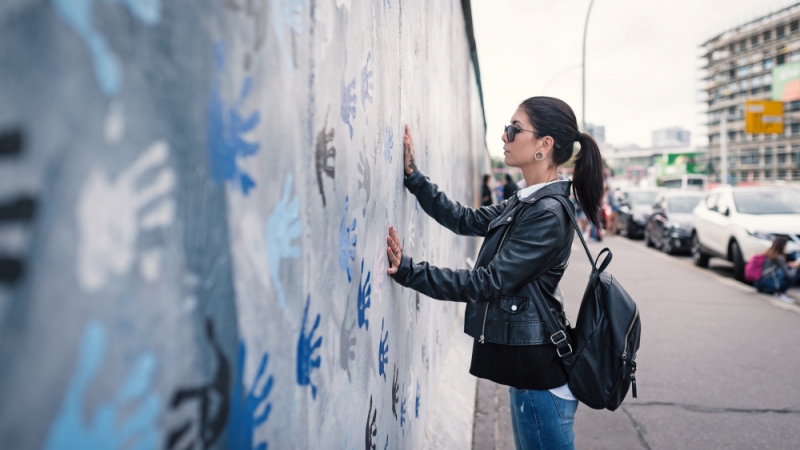 The history of the literature of Russia is relatively well known – Chekhov’s plays and the novels of Dostoyevsky are both respected parts of the canon. The visual arts are more obscure, but Russia has a grand tradition of art and artists and that’s what we’re looking at today.

The modern Russian art scene is dominated by one titanic figure, almost as great in reputation as the towering sculptures he’s famous for. Zurab Tsereteli made his name with a project building extraordinary, artistic bus shelters in towns on the coast of the Black Sea in Abkhazia.

He went on to use his skills and reputation to help the Russian cultural establishment build links with the rest of the world, especially during troubled political times. ‘Break the Wall of Mistrust’ was gifted to London in 1990, a work with a pointed title considering it’s proximity to the fall of the Berlin Wall, and ‘To the Struggle Against World Terrorism’ was presented to the United States of America.

He now serves as the head of Russia’s Academy of Art, and as a UNESCO Goodwill ambassador, shaping the next generation of artists at home and abroad.

One of the most famous Russian artists who was active before the Soviet era, and pushed the boundaries of art from simple reproduction of images in the world to figurative, emotional images. Wassily Kandinksy was one of the first artists to work in Abstract Art, defining and expanding what the discipline could be.

He made an international reputation by the time of his death in 1944, and his works have been exhibited around the world and reproduced in prints that have sold into the millions!

Born in Moscow, raised in Odessa, in what is now the Ukraine, Kandinsky taught in the famous Bauhuas school in Germany and eventually settled in France to try and avoid the rise of the Nazi party. He had a truly international outlook, and that allowed his art to achieve a truly international stature.

0 0 0 0 0
Previous : The Effects of PCOS: Fertility and Beyond
Next : Chalong Muay Thai and Lose Weight Alternatives