The LED, as a source of lighting in a car, has been used relatively recently. And since then there have been discussions, whether it is possible and necessary to apply this type of lamps in cars. The question can be eliminated, since many manufacturers already produce LED analogues of automobile lamps, and, for example, Audi even installs LED headlights in their new models. At the same time, they are much more economical, brighter and much more expensive than other types of headlights, like xenon or halogen ones. However, there are many supporters of LED headlights, who are ready to install them in their cars like Chevrolet Camaro or Porsche Cayenne. 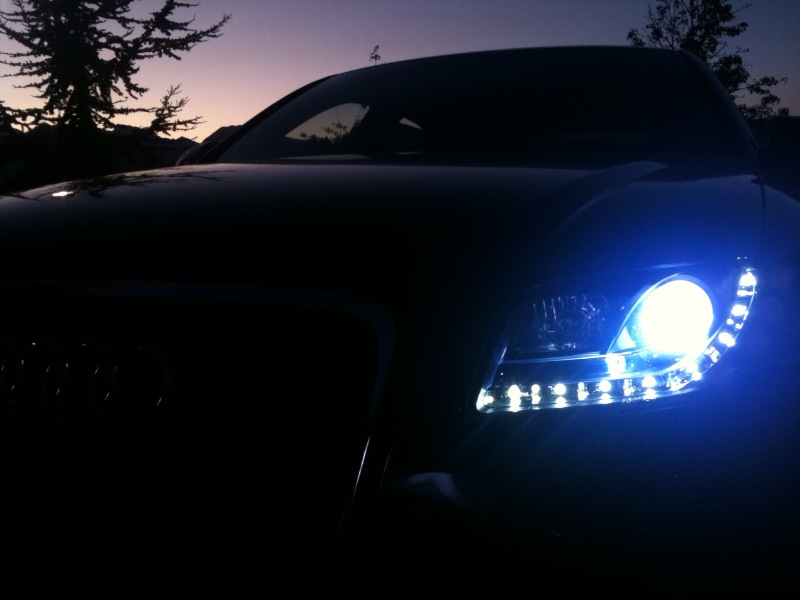 Ability to create adaptive headlights, which is impossible with halogen headlights and with xenon headlights it is expensive and difficult. LEDs can be grouped together, and each one can be monitored. This allows to expand the possibilities of using LED lighting for cars almost unlimitedly.

The light of LED headlights is close to natural light, which creates the most comfortable conditions for the driver, reduces the load on the driver’s eyes, and increases the level of safety. In addition, such lights on the road are very noticeable for all road users, significantly reduces the chances of getting into reports on road accidents.

Maintenance-free, if the LED headlights are blown, the complete headlight replacement is needed.

Without the control system, they shine slightly worse than conventional halogen lamps.

Quality LEDs have a long service life and are installed on premium segment cars. Do not confuse LED lamps with LED headlights. The latter have a control system with and

The difference is in the presence of an adaptive control unit. It controls the headlight and can independently turn on and off the main beam. More precisely, the headlight itself consists of several LEDs, which are responsible for lighting a certain section of the road. If there is a counter car on the road, the headlight will automatically turn off the LEDs, so as not to blind the oncoming driver. On the contrary, when a driver turns left or right, it will turn on additional sections of LEDs.

LEDs are sensitive to the onboard voltage and they do not like strong voltage drops, so the quality LEDs are supplied with distribution blocks (like xenon), which stabilize the vehicle’s onboard voltage. Also, the LEDs flash instantly, unlike the xenon lamps.

Of course, LED headlights are pretty expensive, but there is a hope for the gradual reduction in price. After all, all innovations will sooner or later lose their novelty. At the same time, the price will also decrease and you will be able to install LED headlights on your new Chevrolet Corvette.