Sinkholes: the bane of the real estate developer’s life, not to mention the lives of urban residents. The phenomenon of the sinkhole, where the ground beneath a street or sometimes a building catastrophically collapses, is nothing new—but it’s a phenomenon that is increasing in frequency, and that has a lot of people worried.

And well they might be: over the last 25 years, sinkhole damages ran to at least $300 million on average… and this estimate is likely much lower than the actual cost, because there is no national tracking of sinkhole damage costs. As sinkhole insurance can run from anywhere between $200 and $2,000, it’s a pressing issue for those affected, and is driving up already high budget deficits in cities across the nation. 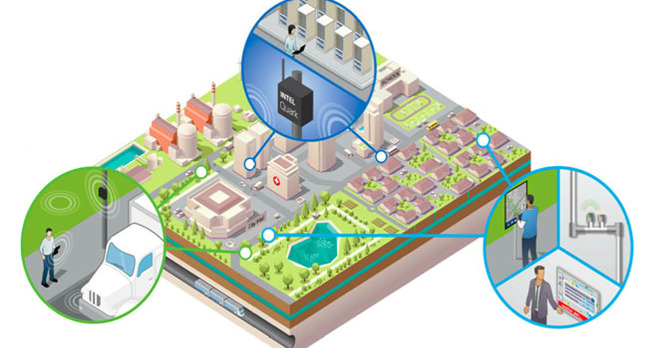 There are many factors that may combine to cause sinkholes. One reason that sinkholes may be increasing in Florida, for example, is that developers are pumping more water out of the ground for agricultural use, or for new development projects. This water can act as a support, and when it’s removed, the soil can all too easily give way—especially if overly acidic water has caused the limestone in the soil to degrade. Florida is also known for its heavy rains, which don’t help the situation any.

However, rather than water being pumped out of the soil causing sinkholes, the reverse can also be true. An excess of rater in the soil, like from a damaged water main, can quickly cause it to saturate and in some cases wash away—leaving the unsupported ground above to suddenly sink without warning. In July 2014, a water main ruptured on LA’s Sunset Boulevard, flooding a large portion of UCLA’s campus with between 8 and 10 million gallons of water and opened a huge hole in the pavement, leaving official scrambling to shut it off before too much damage was done. The culprit was a 93-year-old steel pipe that simply wore out after almost a century of use.

So, what does this have to do with the internet of things (IoT)? Well, wouldn’t it be useful if municipal authorities could check for and track leaks in their distribution systems and avoid huge failure points like the one that caused the flooding at UCLA? Pipes don’t just go all at once: they fracture and crack and leak usually a long time before they give way under water pressure. This means that early leak detection is vital for the prevention of catastrophic links that can lead to dangerous and expensive sinkholes. And the IoT might be instrumental in assisting with water main monitoring and pipeline condition assessment.

The idea is to use multiple devices along the entire pipeline system to monitor and track leaks. These devices, which are networked together over wi-fi, can be installed on standard fire hydrant caps and consist of acoustic sensors that can identify very faint acoustical noises within the pipe network. These noises are characteristic of leaks before they become detectable by conventional methods—i.e., before they become a danger and allowing authorities sufficient time to locate the problem and repair the pipeline. Thus, utilities can prioritize repair effectively based on the most efficient allocation of repair crews and the actual needs of the system.

It’s not just wi-fi devices that can be used for this kind of approach, although they’re the most common. Some devices are connected using the cellular phone network, or UHF radio signals. Depending on the particular infrastructure system, sometimes wi-fi may not be feasible, so another one of these technologies might be a better choice. They all work in similar ways though: a set of sensors, or nodes, is networked to a router or transceiver hub, which consolidates the signals. Several hubs can be used for larger monitoring zones, which can be expanded based on the need of the utility system.

As we move to a more networked future, it’s likely that the advantages of this technology—which works best when it has an accurate acoustical baseline to work from when first switched on, making the detection of new leaks extremely fast and accurate—will prove irresistible to municipal authorities desperate to cut down on preventable disasters. After all, nobody likes to see their tax money falling down a sinkhole!

0 0 0 0 0
Previous : Things You Need Money For After Home Ownership
Next : Know What To Look For In Your Life Partner