The cover song has been a staple of the music industry for years, ending the careers of some and making stars out of others, but where do we sit on the validity of them? Are they compliments to the artists who wrote them originally, or are they simply filler for acts who are in a bit of an inspirational rut? We’ve all been there at some point in our lives; whether it be at school or later in life, someone has copied our work or stolen our idea and it really begins to grind our gears! It makes you angry because you feel like you had possession of that work or idea, and technically, yes, it is plagiarism, but on the other hand is it not sort of flattering that someone else thought your idea was so good they had to use it themselves? 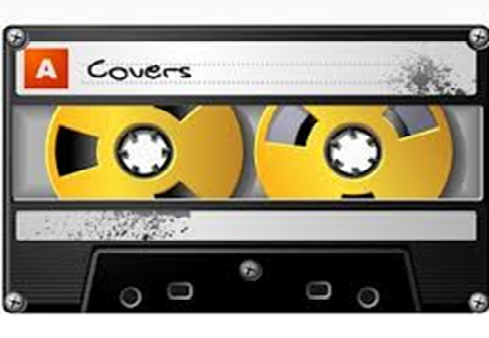 Hundreds of artists have covered classics simply because they love the song and they wish that they’d written it themselves. For example, in their early days, The Red Hot Chili Peppers covered Jimi Hendrix’s ‘Fire’, partly because it suited their aggressive funk-rock style at the time and also because his music was a huge influence for the band as a whole. In terms of something more modern, Mary J. Blige put her own stamp on Elton John’s ‘Sorry Seems to be the Hardest Word’ in 2004 and whilst their styles are relatively similar, her cover seems to be nothing more than a tribute to an iconic act. Her version even found its own fame as it was used in the soundtrack for Bridget Jones’ Diary, showing that there is value in cover songs.

On the other hand, whilst we all know the phrase ‘imitation is the sincerest form of flattery’, yet it is believed to stem from an earlier version: ‘imitation is a kind of artless flattery’ (Source). In this case, copying someone else’s work does seem somewhat lazy. Covering a song can be a handy tool for up-and-coming artists in between releases of their own material; it can give fans something to cling on to whilst the new stuff is still in process. But how can we tell with other, more successful artists that they haven’t just run out of ideas?

To settle this argument, I’m going to turn to our very own artist, Lenny Bunn. For over 25 years, Lenny has been writing material for other acts, as well as himself, and performing as a session musician. Now, Lenny has put the songwriting aside for a moment to cover the classic rock’n’roll track, ‘Blueberry Hill’. Originally written by Vincent Rose, Larry Stock and Al Lewis in 1940, the song was recorded a number of times before being made famous by the likes of Fats Domino and Louis Armstrong. Since then, it has been covered by everyone from Elvis Presley to The Beach Boys and Little Richard to Led Zeppelin.

Surely this tells us only one thing – ‘Blueberry Hill’ is a timeless track loved by thousands, if not millions. Whilst the Fats Domino version of the song is arguably the most famous, other iconic bands and artists have added their two cents to the ‘Blueberry Hill’ discussion as a way of paying homage to the song through the medium that they are best at.

Lenny, however, does have a justified reason for adding to the grand list of people to cover the track. ‘Blueberry Hill’ was the favourite song of Lenny’s late, adopted father and so not only is Lenny paying homage to the music, but also to someone that he loved. All reasons aside, it is not a question of why cover a song that has been hackneyed so many times, it’s a question of what can you offer to the canon of this immortal song? All art stems from other art and tends to reference it in some way, whether that be through name dropping or subtle hints, but the point here is that art is a continuous line – painting, acting, making music, it doesn’t matter. No piece of art exists solely within its own immortal atmosphere and therefore, covering a song is about contributing to the history of something that you appreciate.

Consequently, we should not look at the cover song and think: ‘It’s not as good as the original version…’; we should consider the value of the new one and ask what has it done for a song that we love. People get hung up on thinking that a cover is some sort of enemy to the original, but this couldn’t be further from the truth. It’s not necessarily about bettering what has come before; it is about embellishing and placing your interpretation on the crowded table that is the world of cover songs.