I was born just like other children, but since I came from a humble family, my parents could not detect that I was suffering from Dyslexia early. It all started even before I joined the school. My mother who is not well educated used to make me memorize some of the simple things that every child must know before entering school.

Her regular teachings bore no fruits since I hardly remembered anything she made me learn the entire day. I could not pronounce common words such as boy without a thousand time memorizing. Writing also became tough. My mother forced me to sit on the soil and try to write on it simply because all the exercise books she had bought were nothing but useless since I was not to write what I was memorizing.

I remember, I used to figure out the spelling of words in my mind, but when it came to writing, I could not do it. Due to regular disappointments, my mother gave up on me thinking that the teacher could change my reading, writing and memorizing difficulties.

I joined school a bit early because my parents were very cautious and at the same time worried since my elder sister at my age was in a position of memorizing and writing very easily. At school, things became tougher. The teacher could not put up with my poor spelling, pronunciation and writing challenges. Teachers used to punish me thinking that I was lazy and stupid.

I cried all day not because the teacher used to cane me but also because some of the pupils segregated me. My parents became more and more worried. I remember my mom had to do the homework on my behalf. I started hating school and reading. The school became the worst place in that I even pretended to be sick to miss school.

I was discouraged and always thought I was not smart like other pupils. I now realized that I would never be a good reader nor a great writer. My teachers, on the other hand, complained day in and day out up to the point that I had to be transferred from one school to another. 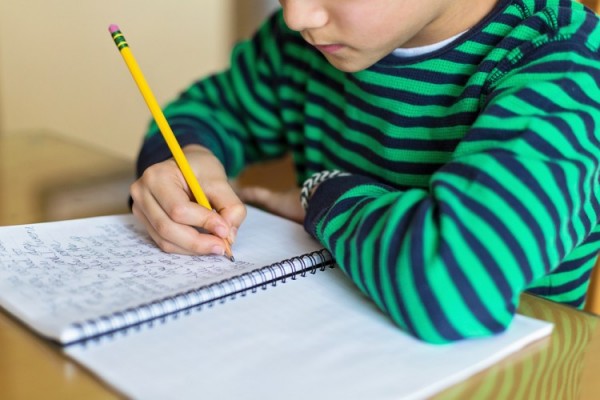 Going up to level four without being able to read and write, as other pupils were discouraging especially to my parents but they never gave up on me. One day, my uncle who was doing a degree in medicine visited us bringing the lifetime turnaround of events in my life. His visit will remain a miracle in my life. My parents explained to him my situation, and that is when he recommended I go for a check-up only to find that I was suffering from Dyslexia. I was diagnosed with Dyslexia at the age of nine.

Now that my parents knew my condition, they got me one of the best teachers in the city who used to deal with pupils suffering from Dyslexia. Things started turning around. I got specialized treatment and care that not only made me like learning again but also helped me to be able to master some words.

With other students, we got inspired when we heard that Dyslexia as most people perceive is not a disease but is condition one is born with which one can overcome. What encouraged me is that some of the prolific writers and authors we have today were born with Dyslexia. A good example is Agatha Christie, a famous writer whose mystery novels are always captivating. Outside there, there are famous people with Dyslexia only that you cannot know them since they were able to overcome the writing Dyslexia.

After six months of thorough learning accompanied by regular training and use of Dyslexia aids as well as books for children with dyslexia, I advanced from writing words to writing sentences. The writing became interesting especially after attending writing competitions involving children with Dyslexia.

I got an award for finishing five correctly spelled sentences before the lapsing of the set time. Within one year, the sentences now became paragraphs. I wrote compositions and creative writings successfully with the slight help of the teacher. Even if I could not remember everything taught, at least now I could remember some things.

Currently, I am a blogger and work in the team of professional essay writers. I am a living testimony that having Dyslexia does not mean that one day one time even it takes months or years of training and use of Dyslexia aids, you will not write and learn just as other people. Let us not discourage or segregate our children who may be suffering from this condition since they may be the authors, scientists, and mentors of tomorrow.

Remember, childhood dyslexia has the greatest impact on the life of the child when compared to adult Dyslexia. Earlier detection of the Dyslexia symptoms is essential in overcoming it. Sort help for dyslexia immediately you child is diagnosed with it.

My name is Joseph Sartori. I began as a journalist but now I work as a freelance writer for AustralianWritings.