If you drink colas and you are not one of the rare RC Cola drinkers, then you probably are on one side or the other of the Coca-Cola/ Pepsi Cola battle of the giants. Both brands have a multitude of different products under their main product, so many that it would be difficult to even list them all. One thing is positive, if one comes up with a successful product, the other is sure to copy it and put their own twist on it.

This means that they both carry essentially the same flavors. They are both comparable in cost and are even comparable in quality. They differ for the most part in their tastes and their marketing plans and as far as taste goes, most people that like one or the other of the brands will settle for the other if their favorite wasn’t available.

A funny thing to note is that one sector that cares about what is available is the mixed drink crowd such as those that drink rum and ‘Coke’ or Jack and ‘Coke’. After all the drink name has Coke in it not Pepsi. 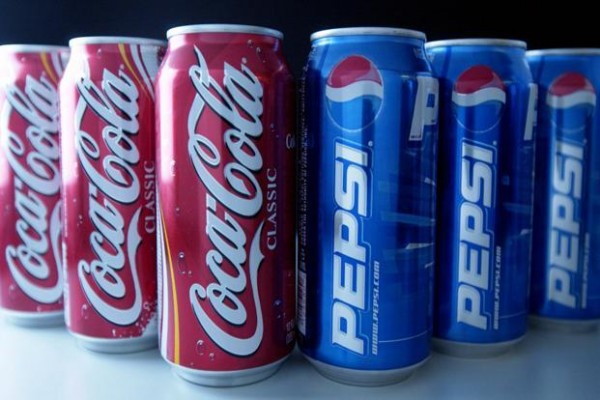 Interestingly enough, people are able to differentiate between the two colas;

they both have a patented, recognizable taste that is not overpowering but also not unnoticeable. However the question is, does any of this make one company a clear cut winner over the other and the answer was no, they both have a similar product with similar taste and similar followings and so their only real way to edge each other out is in the advertising forum.

Although our interests and tastes are constantly evolving as we age, we collect things at all stages of our life that we find interesting or worthy of appreciation. While we’re young these collectibles are usually simple things like coins or stamps, but as we age the objects of our cache become more sophisticated.

Collectibles can be practically anything. They can be antique coffee makers, cigar boxes, or aged smoking pipes. Even something as unconventional as a soda vending machine can make a great collectible. In fact, a Coca-Cola machine is a great piece to add to your collection of soda collectibles and memorabilia! Many soda collectors also keep an eye out for the collectible Pepsi cans stamped with Star Wars characters.

Coca-Cola used to be the clear cut leader but then it produced the product that was supposed to replace its original line.

They named it Coke II and it was a royal flop, causing the original recipe to be pulled back out, dusted off and renamed Coke Classic. This debacle allowed Pepsi to close the gap and it strengthened its advertising budget, marketing hard to the younger generations. Coke produced clever animated polar bears that appealed to the older generations while Pepsi named itself ‘The Choice of a New Generation’.

And ‘Generation Next’. They hired popular young celebrities to represent their product and their popularity surged. While Coke is still keeping to the more reserved advertising, it is trying to market to the younger crowd.

On the other hand, Pepsi has seen continued growth throughout its tenure in a nice steady growth pattern. The company is still in the prime of its career and should carry the stock to higher numbers in both fundamentals and shares for at least one more decade. By investing now, investors have the opportunity to see Pepsi rise to near 80-100 points by 2010 and possibly even further by 2015. Such as a process is also favorable with its dividend payoff which allows for reinvestments to increase gains.

What I also like about Pepsi currently is its recently appointed CEO with an Indian background who may look more favorable than Coca-Cola to the emerging markets.

Jennifer M. Smith is economics student who is fan of both drinks (Coca-cola and Pepsi) and Coca-Cola Enterprises Inc. stock forecasting