There are many reasons not to purchase a timeshare, whether it be being locked into a contract (for possibly as long as the rest of your life), the high maintenance fees or the possibility of being scammed. 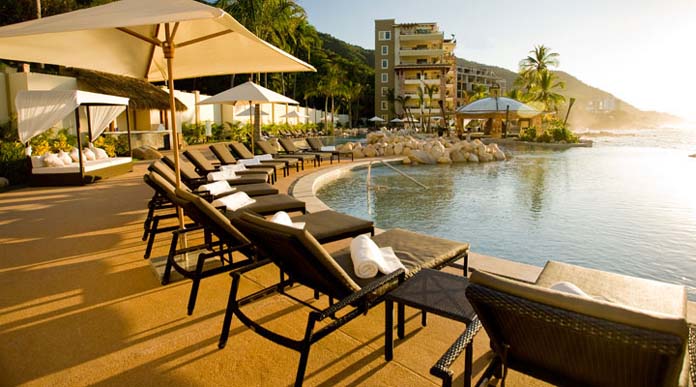 But there’s one argument which many timeshare salespeople (and timeshare owners) will use to justify purchasing one: “It’s a great investment”.

But unfortunately, this simply isn’t true, and timeshares are very rarely, if ever, a sound investment, and here’s why:

They’ll only depreciate in value

Some timeshare salespeople may sell you the false promise that you’ll be able to sell your property on for a profit.

However, when it comes to a timeshare, they’re a lot more like a car. Once you drive it out of the garage, it instantly starts losing value.

In fact, it’s estimated that timeshare properties lose as much as 40 to 75 percent of their value after you buy them.

The resale market is massively oversaturated and you’ll see that second-hand timeshares sell for a massive amount less than new ones because people are so desperate to get rid of them.

Most will sell for at least less than they were initially bought for, or won’t sell at all, as you can see in this article from The Telegraph.

You might get sucked in by an enticing deal on a timeshare property, but many people often disregard the maintenance fees and just how much of a drain they can be.

No matter how good a deal you get on a property, if you’re saddled with excessive maintenance fees, you’ll very quickly find yourself losing big amounts of money each year.

There are two main issues with maintenance fees. The first is that you have to pay them even if you don’t use the property and the second is that they go up every year.

Over time, your maintenance fees will likely rise to a point where it simply isn’t financially viable, and certainly NOT a ‘sound investment’.

Be wary of timeshare exchange

One of the incentives that timeshare salespeople will talk up as being a reason why timeshare are a great investment is that you aren’t tied to that one property and can exchange it for weeks in other resorts across the world.

However, this is never as simple as it seems and when going through exchange companies you’ll likely have to pay a membership fee.

You’ve also got to bear in mind that the ‘exchange value’ of your resort will drop over time.

So when you first get your timeshare you may find it relatively easy to swap it for weeks at other new resorts around the world, but 10-25 years down the line their value on the exchange market will drop considerably.

Instead of going all out and purchasing your own timeshare, why not consider renting? Like we’ve previously mentioned, many people are desperate to get rid of their timeshares and may do so by renting out their unused weeks.

You won’t have to worry about maintenance fees and you can often get a very good price and end up paying far less than the actual value of the timeshare weeks.

Assuming that you know exactly what you’re getting into, and you’re happy holidaying in the same place every year (and paying high maintenance fees), then a timeshare can be a decent ‘lifestyle’ investment, but it’s important to know that it will never be a viable financial one.

If you decide a timeshare is right for you, we recommend either renting one, or buying second-hand, but most importantly, get it out of your head that a timeshare will ever make you money in the long run!

The timeshare market is difficult to navigate at the best of times, so if you require any further advice we recommend getting in touch with the Timeshare Consumer Association who are experts in the field and can answer any questions you may have.