Dogs not only serve as our favorite furry companions, but many dogs also have jobs and functions that they perform for us. Some dogs are meant to help guide us when we can’t. Other dogs are trained to help people suffering from emotional disorders, such as PTSD. During WWI and WWII dogs were trained to be messengers and guard dogs, alerting their owners to the presence of danger.

Springers are More than a Type of Spaniel

Often times if you hear Spaniel, you think of the Springer Spaniel. However, Springer refer to more than just a particular breed. Spaniels were used to flush out game such as pheasants, grouse, rabbits and hawks. The dogs would “spring” the quarry from the brush allowing a hunter to take aim in hopes of dropping dinner.

Spaniels are very quick dogs with keen senses that can literally help point the hunter in the direction of their game. Spaniels are also trained to retrieve game, such as fowl, from the brush or the marsh in a way that doesn’t damage the meat of the game. 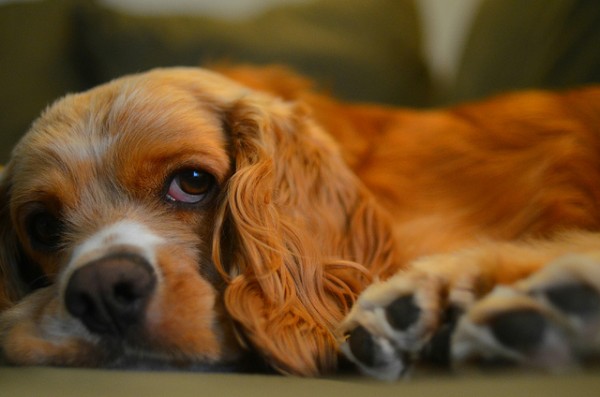 There are Different Types of Spaniel

Just as there are different classifications of hounds there are also different classifications of Spaniel. While all Spaniels are a pretty hardy breed of dog, their location largely influenced what they helped to hunt, which in turn played a role in shaping their physical development. Water Spaniels have a deeper webbing between their toes that makes them a better swimmer and is primarily used for hunting waterfowl.

Land spaniels run on, you guessed it, land! A land spaniel is primarily used to flush game out from tall grass, thickets, and dense brush making them ideal for hunting foxes, rabbits and other fowl.

Typically when you think of a spaniel you think of either a cocker or a springer type. Did you know they got those names based off what time of game they hunt? Cocker Spaniels were meant to flush out woodcocks while Springer Spaniels helped hunters spring partridge, pheasants, and hares.

Hunting isn’t quite the popular sport that it used to be with the advent of grocery stores, however there are still quite an abundance of Spaniels making their way into family homes. Spaniels are incredibly intelligent dogs that are highly capable when it comes to training. Spaniels also have a good deal of energy which requires a place to romp and play otherwise they can get a little restless which will lead towards destructive misbehavior.

Hunting qualities aside, Spaniels are very obedient, loyal and affectionate which makes them a perfect companion whether you’re out hunting or just taking a walk in the park.

All told, if you’re looking for a dog with some spring in its step and a lot of love to give then a Spaniel is certainly a good choice.