Just like every other region, or country in the world, even the Americas are blessed with several native birds and flora. The rich topography and climate might be credited for the lovely birds that happen to live there since time immemorial. But the tragedy is that today, thanks to the pace at which modern civilization is developing, the rate of more and more birds becoming rare and endangered is also increasing. This is really sad, and until lately, many countries had not even thought twice before they suddenly woke up to bird-less skies now. This said it is important for each and every state in America to understand that whether it is the native bird or migratory birds, care should be given to all birds of Americas in general. 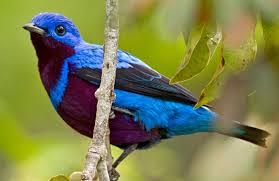 In fact, immediate action is required if you need to protect the birds of Americasto remain where they belong. It is true that various native birds like the Short-tailed Albatross, or Petrels are some of the birds that are now facing threat since they are known to consume fish. But the coastal areas around the world also indulge in massive commercial fishing leaving the fish to be hungry.

It has to be said, that many people do not realize that such actions could be causing any great danger, since these birds live very far from cities. But the falling number of birds seen is indeed a concern.Not just these seabirds, but also birds that live in other higher ranges of Peru like the Marvelous Spatuletail or the Akikiki from the Hawaii islands have to be taken care of urgently.

The birds of Americas have to be taken care of from all angles – from individual efforts to efforts of the organizations and even local governments. So, if the local fishing laws are not made conducive for these seabirds, which only survive on fishes, then they would soon become extinct.

Urgent care and call of action:

Creating awareness of local birds, and migratory or seabirds is the first big step. Once the locals and the government realize this, the legislative laws should be laid to reduce mass fishing activities. Then, alongside, shooting of these endangered birds should be made illegal and people should be penalized. It is not just that the birds should be left alone because they are part of the nature. But as a responsible citizen understanding the impending situation, and the imbalance of ecosystem that the world is heading towards, everyone should work towards ensuring that these birds are protected.

Today, with the cumulative efforts of caring environmentalists, and nature enthusiasts, and governments, there are various birds that have come back from the danger. Few organizations are planting trees, giving the birds a chance to get back to their roots and enjoy their life. After all, birds are meant to be a symbol of freedom, carefree flights without any threat bearing down on them ever in their life!