Plans for a new business district just 3.5 miles east of Canary Wharf have taken a step closer to fruition with the announcement that the Greater London Authority (GLA) have given the project their seal of approval. Newham Council had already granted planning permission to Chinese company ABP for the ambitious project subject to a green light from the GLA, and with that now in place work is expected to start on the Royal Albert Docks site soon.

The 35-acre site is already being touted as London’s next big financial district, but will it be able to compete with the likes of Canary Wharf and the City of London? It really is too early to say, but it will certainly be great news for anyone investing in the local area.

Road links are good too. The A406, A13, A12 and the M11 are all in close proximity and the already well-established Docklands Light Railway also serves the area. Another bonus will be the completion of Crossrail in 2018, with Custom House station just a short distance away. 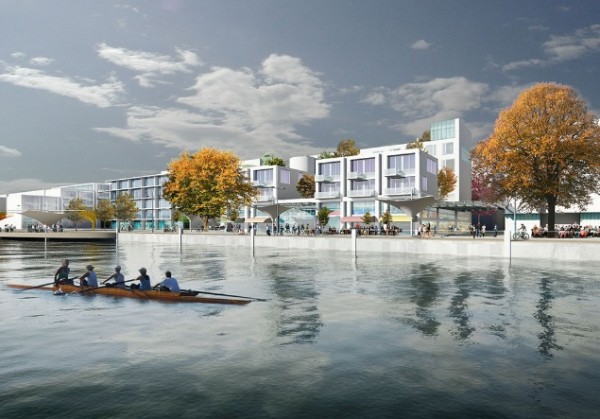 Who Is It For?

The new development is aimed squarely at the Asian market and the hope is that the new business district will entice companies from the Far East to London rather than one of the UKs European rivals.

Many Asian companies have experienced exponential growth over the last decade or so, and a lot of those companies are now ready to make their mark on the international stage. ABP (Asian Business Port) have claimed that their £1 billion investment in the area will see anywhere in the region of 20,000 jobs created and the project is expected to add in excess of £6 billion to the overall UK economy.

Adding another financial district to what is already considered one of the biggest business cities in the world might just tip the balance and put London back on top of the world’s financial centre leaderboard once more.

What Will It Mean For The Local Community?

For those living in and around Newham, things have changed dramatically already over the last 20 years. This project looks set to see those changes continue apace as more and more developments are likely to follow suit. London property investment is thriving, and has been for some time, and the introduction of a new business district looks set to make investors sit up and take notice of this part of East London once again.

New homes are already on the way with projects such as Royal Wharf creating 3,400 new apartments in the area. Mike Luddy, the Royal Docks Management Authority’s managing director, has made it clear that he intends to make sure that local people benefit as much from the new projects as those who will be moving into the area.

Affordable housing is very much needed in Newham as it still remains one of the poorest areas in the UK, but it is hoped that regeneration that it’s taking place the London borough will be given the foundation upon which to build a profitable and habitable area for both businesses and locals alike.

Jonathan Stephens is the founder of SurrendenInvest and has a wealth of experience in the property sector and shares his knowledge by writing for property and investment magazines.