Switzerland is known as a country founded on history and culture. The great thing when coming to Geneva is that you actually get to enjoy the culture of this city and the superb sites it has to offer. Not only will you find it relaxing, but also informational. 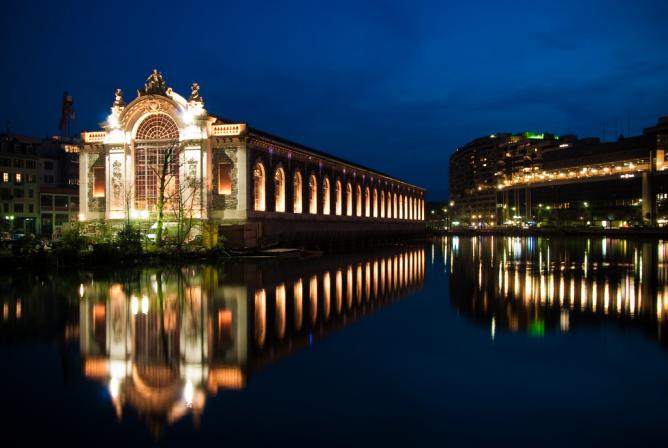 The River Rhone actually was a strategic point for the Romans in 121 BC, when the occupied Geneva and the highest ground right on the northern shore became a trading settlement. The Old Town is considered a national heritage site and is filled with café, bars, antique shops and narrow streets. If you want to see how the city looked like back in the 14th century, visit the Maison Travel museum. Here you will enjoy 3D models that show how the fortifications of this city looked like until the 19th century. The Saint Pierre cathedral close by was the home abbey of John Calvin, one of the leaders of the Protestant Reformation. The cathedral has 157 steps to the main tower and a great view towards the Jet D’eau, a fountain that pushes around 132 gallons of water at 460ft every second. The Reformation Wall 330ft tall, build almost one century ago to sign the birth of Calvin, reminds all natives and tourists of the key role Geneva played in the religious bluster in the 16th century. It also describes other Protestant leaders with great influence, such as John Knox and Oliver Cromwell. Did you know that Knox actually translated the Bible in English? Thanks to him, many people all around the Globe can now read the translated Bible. He lived in Geneva around 1550s. Inside the International Museum of reformation you can actually examine rare copies of the Bible and see the polemics it actually brought with itself.

At the same time, the Swiss clock making craft comes from the restless area, when the French Huguenots came in Geneva with their skills. Now you can see the evolution of clocks at the Patek Phillippe Museum.