‘Sports push female athletes to remain breast less for as long as possible,’ says Dominique Moceanu, a gold medal holding gymnast. Having heavy breasts is considered to be the biggest hurdle for the female athletes who have them. This is why breast reduction surgeries are becoming fairly popular among athletes. 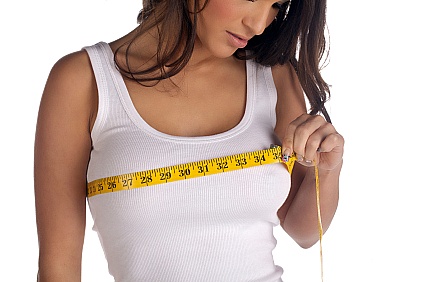 When considering breast reduction surgery, the typical thought that comes to mind is that the procedure is for cosmetic reasons entirely, which is not true. There are women who are so keen in sports that they want to have smaller breasts to excel at whatever sports they are passionate about. For instance, there are female athletes who opt to go through with the procedure so that they can run comfortably and be competitive in the playing field. Fitness instructor, Cameo Wichinsky, has to use two sports bras to support her breasts but still finds it discomforting and painful when she runs. She says it feels like carrying a ten pound weight on her chest which is quite annoying.

Female athletes who have gone through with the breast reduction surgery feel that their performance has enhanced significantly and that they are happy with the results. This includes female athletes who are marathon runners, basketball players, swimmers, soccer players and more. They believe that the procedure helped their body look better in terms of proportion. Atlanta breast reduction specialists such as breast surgeon Dr. Crispin are the best people to shed more light as to how the procedure works.People wanting to know more can visit the breast reduction Atlanta centers.

Not all female athletes think the same. Some of them disagree that having heavy breasts pose a disadvantage at their game. Serena Williams is one such example. At the U.S. Open, she won her seventeenth Grand Slam. She is the one never to shy away from flaunting her curves. Same is the case with the busty tennis star, Caroline Wozniacki. But as mentioned above, being full figured is not a joke to many, they are taking extra measures to do something about their physique.

Female athletes believe that having heavy breasts can hinder their careers to the extent that they are unable to meet the Olympic standard, which by far is every athlete’s dream. This is why they adopt extreme measures to have them removed or to stop them from developing to begin with. As ESPN magazine quotes, there are gymnasts who push themselves hard, hard enough that they are at the brink of starvation, just to stop the breasts from developing. On the other hand, there are many female athletes who spend a lot of money to have their heavy breasts removed or reduced surgically. This is not it, these athletes under-eat and over-train to overdue their menstruation according to author Joan Ryan because they believe that you cannot have the body of a woman and compete at the highest possible level, you have to go the extra mile.

Legendary stories about the hindrance of breasts for female athletes in gaining sports competence have been circulating for years now. One legend suggests that female Amazons were so conscious about precision in the sport that they used to cut off their right breast so that they were able to shoot arrows and hurl spears more effectively and efficiently. And yes, there is research present which proves that having heavy breasts does hold a woman back in the field of sports. Why else would they go to such extreme lengths?