There was a time when a restaurant would rejoice when a major food critic in the city wrote a positive review. Not too long ago, companies wanted consumers to air their opinions and such endorsements were used in various marketing and branding purposes. As internet empowered everyone to have a voice and as feedbacks, criticisms and outright bashing became more prominent, companies became increasingly worried with independent reviews. What did these companies do as a result? They started manufacturing reviews and endorsements. 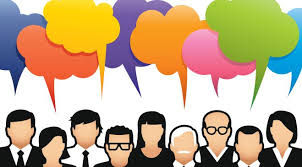 Truth be told, such manufactured reviews or testimonials, endorsements and marketing gimmicks have worked for many but they are losing steam now. People or consumers at large have understood such strategies. People look for independent reviews. Even if you were to manufacture a dozen odd reviews on Amazon, shoppers will know which ones are genuine. Account info, history of a profile and the content in the review has made it easy for anyone to segregate the genuine or authentic ones from the manufactured and concocted reviews.

Here are just some of the many reasons why independent reviews are important.