Few years ago, the champion that dominated the ring of storage capacity was none other than HDD(Hard disc drive). Whereas today, people have an array of options when it comes to tuning up storage according to their requirements. SSD (Solid state drives) and newer SSHD (solid state hybrid drives) can help in increasing your computer’s performance when comes in comparison to HDD. 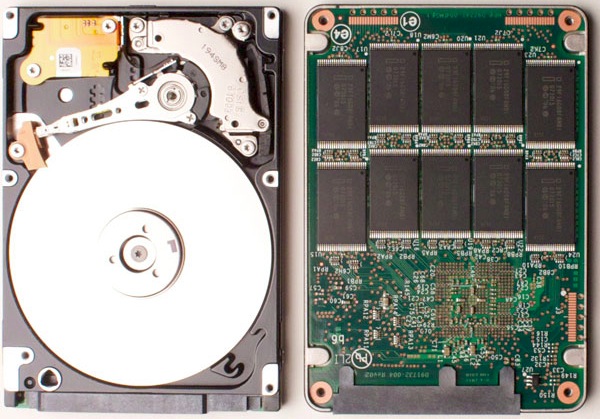 So confused about choosing the right option for yourself? Further listed criteria will help you in choosing your ideal type of storage device.

An array of factors could be taken as a possible criterion when there is a need to choose between an SSD, SSHD or a traditional HDD. The simplest method that could be opted is evaluating the differentiating between the listed storage devices by comparing their price value, storage capacity and performance. Hard Disc Drives are the ones that still come up with gigantic capacity at nominal price value. Whereas Solid State Drives are furiously fast, however when it comes to cost, they could be quite expensive. Solid State Hybrid Drives are designed with a combination of prime features both HDD and SSD. However, they cannot be the top players at any criteria.

Traditional HDDs are among the laborious horses that come with a technology that excels in providing out-and-out capacity and data storage capacity. Whereas SSHDs are packed up with enormous storage capacity available at a nominal price value.

On the other hand, SSDs comes with a variety of capacity points. Prime of cause concern is the expensive value they are priced at.

As far as system level is concerned, SSDs with low-capacity(between 32GB-240 Gigabytes) are not that expensive, meaning thereby; they come at an affordable price range. However, SSDs with high-capacity are priced at a quite expensive value if cost/GB is taken into consideration. Hard Disc Drives comes up with the lowest value on every GB. Whereas SSHDs cost/GB is a bit higher than traditional Hard Disc Drives.

The feature that they have not been restricted by spinning platters the is truly a remarkable feature of Solid State Drives, which allows them for having the most flexibility as far as physical size is concerned. However, that is not the case with with HDDs and SSHDs, which uses spinning platters, For Ultrabooks and standard laptops, State Solid Discs have a range of 5mm and 7mm heights. Whereas, HDD and SSHD products available in varied designs of 5mm, 7mm and 9.5mm.

SSDs have gained the trust of a wide array of audience due to its solid state design that makes it more durable. When brought in comparison with other parts of a system, such as the processor display are more prone to be damaged due to damage, adverse temperature, or shock.

Generally, in a laptop computer, storage has the least impact on the life of the battery, i.e. under ten percent of total usage of power in the system power usage. When brought in comparison, SSD is the undisputed champ, followed closely by SSHD and HDD respectively.

Analysing this criteria will surely assist you in prioritizing your storage requirements and finally helping you in making a better choice!

0 0 0 0 0
Previous : The Main Features Of Tasco 7X35 Essentials Binoculars
Next : How To Ruin A Good Holiday