Most of us enjoy a nice cold drink every once in a while, but do you ever wonder where that drink came from or how it was made? Of course, you do! Whisky is composed from three main ingredients: water, barley, and yeast. Additionally, there are five main steps in the process of making whisky: malting, mashing, fermentation, distillation, and maturation. Here is a quick “low-down” of the complete process. 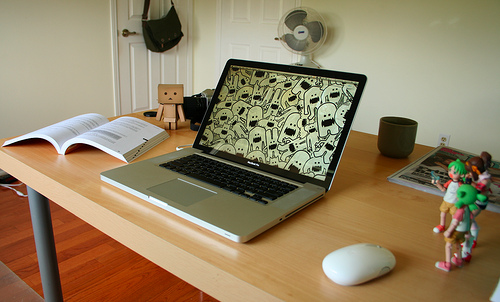 You use the barley for this step. The barley has starch in it, and the starch is what turns into the sugars for making alcohol. You have to force this process, though. It won’t just happen on its own. The barley has to be germinated first. Soak it in warm water for somewhere close to three days, and then you would spread it out evenly on the floor of a “malting” house. The barley will then start to sprout tiny plants, and then it needs to be dried out quickly to stop the germination process. This is usually done using a kiln. Once it is dried, the resulting material has to be ground down and sifted until it is similar to cornmeal in consistency.

When the second step of the process begins, the material you have is called “grist”. You take this material and add warm water once again. Then you would stir this concoction steadily for several hours. The stirring of the mixture allows the sugars in the malt to be extracted through the bottom of the tub of mash. This is called “wort”. You would usually repeat this process a couple times, and raise the temperature of the water each time.

In this step you would need specific and properly cut and welded tanks and tubes. The wort has to be cooled slowly and transferred into large stainless steel tanks. The tanks need to be seamless and waterproof. Proper cutting of the metal when building and assembling these pieces is of the utmost importance.

Once the wort is cooled, you would add yeast, and the fermentation will begin. The yeast will turn the sugars from the mixture into alcohol. This step of the process normally takes about forty-eight hours. You can let it go longer, but it isn’t really necessary.

This step requires a still. Typically, they’re composed of copper sheeting, but you could use steel if you wanted. Just know that it could possibly change the flavor and quality of the final product. Also, the design of the still will change the outcome as well. A tall still will produce a lighter drink, while a short and fat still will make a more rich and full flavored beverage. Either way, you will need two stills.

The first still is bigger and will heat up the mixture. Once it reaches a hot enough temperature, the mixture will produce steam or vapor. This vapor is collected and moved to another still where the process begins again. You can distill the liquid three times it you like, but again, it’s not necessary. It’s simply an acquired preference.

This is the final step in the journey. Here is where the liquid is put into an oak cask and stored. You will want to store it for at least three years, but it only gets better with time. The flavor of the spirit is matured and molded by the porous wooden barrel and the air surrounding the cask.

0 0 0 0 0
Previous : How To Keep Your Business From Going Bankrupt
Next : Pakoras – The Ultimate Indian Snack