When many people around the world think about World War I, they only think about the battles on the western front. They know there was some fighting on the Eastern front between Russia and Germany, but the Russians were not the military force to be reckoned with that they were 20 years later in World War II. Most also just think of it as Germany versus the British Empire, the French and the Russians until they collapsed later on in 1917. The war, in fact, involved 27 nations arrayed on two sides against each other. The Central Powers, consisting of Germany, Austria-Hungary, Bulgaria, and the Ottoman Empire(Turkey) against the allies, which primarily consisted of The British Empire, France, Russia, Italy, Japan, Australia and New Zealand and toward the end of the war, the United States.

The western allied powers mainly engaged Germany and Austria-Hungary in trench warfare on the Western front on now famous battlefields with names like The battle of the Marne, the battle of the Somme and Verdun. Soldiers from Australia and New Zealand, however, never intend the world to forget that there was another front in World War 1. While the Turkish were mainly involved in fighting against the Russians to their north, the other allied powers engaged them directly in a months long bloody struggle known in most quarters today as the battle of Gallipoli. 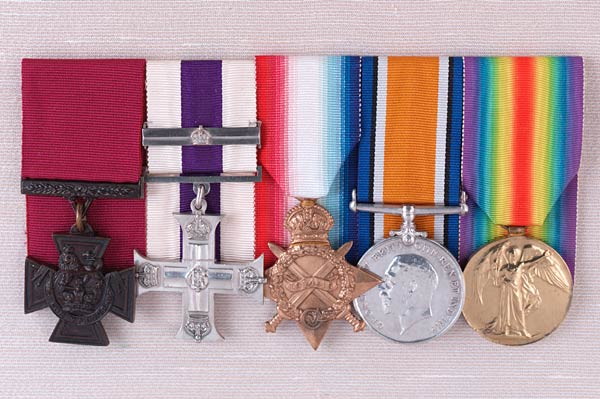 The battle of Gallipoli is so etched in Australian and New Zealand military history that Anzac Day, which today commemorates those who sacrificed for their two countries in all military conflicts, started out as a commemoration only for those Anzacs who fought at Gallipoli. The plan was to help take pressure off the Russians by hitting the Ottoman Empire from the south with naval landings of troops on the peninsula of Gallipoli. The British generals in charge of the campaign hoped to capture the Ottoman capital of Constantinople and knock them out of the war. That things did not go according to plan is now a sad footnote in many history textbooks around the world.

One place where it will never be a footnote, though, is for Australians and New Zealanders who still remember and commemorate the sacrifices made by their ancestors during this eight month struggle. The outcome of the operation should not detract from the bravery with which the battle was fought by the soldiers of the Australian and New Zealand Army Corps(Anzac). This battle has tremendous cultural and national significance to these two nations. Having only recently become independent from Great Britain, they did not have their own distinct military history and tradition. This would change over the course of eight bloody months through 1915 into the beginning of 1916. Gallipoli marked their baptism of fire as new nations and provided a setting where they could and did prove their mettle to stand amoung the nations of the world.

This Anzac Day will be very special as it marks the 100th anniversary of this campaign. It was launched on April 25th, 1915, and this is the date that marks this day of remembrance every year. Thousands will be going to a special Gallipoli 2015 commemoration this Anzac Day at the site of the battle to remember the fallen. In fact, so many want to go to the actual battlefield for this year’s ceremony that space is limited and a ballot had to be held to choose those who can go to the official ceremony.

There are, however, other battlefield tour services that will take people to Gallipoli to experience this historic anniversary. Those who never got a ticket in the ballot or who did not win a spot may yet get to be a part of this historic occasion. This centenary anniversary of Gallipoli 2015 is one that any citizen of Australia or New Zealand who value their history and heritage will not want to miss. It began as a battle that cost blood and treasure, and it endures as a forging event of two new nations and a point of shared national pride in the diggers who bravely held up against some of the worst fighting in the first world war.