Mobile technology on the whole is becoming ever more advanced as the years go by. Manufacturers of the latest smart phones and tablets compete in a fierce market, with rival brands battling for the most sales by offering up the most sophisticated technology. Not only is competition rife for existing devices, but companies are increasingly investing in innovation to ensure they’re developing the most cutting edge devices.

We are told that wearable technology is what the future holds, but so far we have not seen this enthusiasm translate into sales. In fact, the buying public seem to have a largely apathetic attitude towards wearable gadgets, and some might argue that the buzz surrounding the concept has waned. 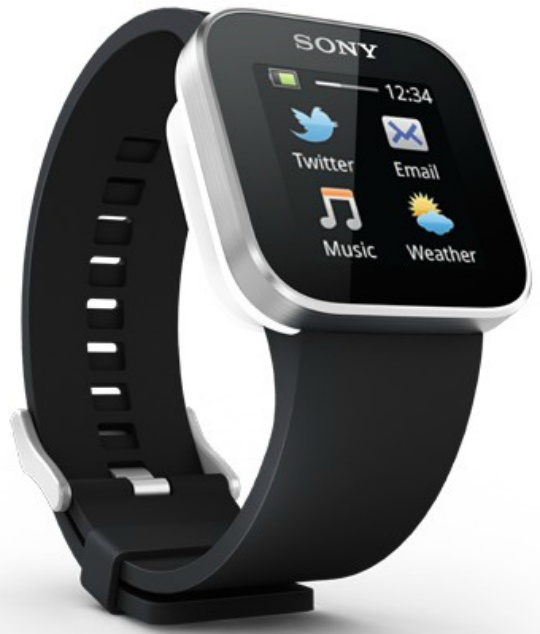 This underwhelming attitude may make a quick turnaround this Spring, as loyal Apple users lay eyes on the new iWatch. Apple’s very own smart watch may push this technology further towards the main stream. The global tech giant’s slick marketing techniques are arguably what sets them apart from other manufacturers, leaving them miles ahead of the competition. Who knows – maybe Apple’s latest offering could be a huge contributing factor to the rise of the smart watch?

Despite what many think, this is by no means ‘new’ technology – it’s actually been around for well over 10 years. Microsoft was the first to introduce the idea of wearable technology in 2004 with SPOT (Smart Personal Objects technology), and their aim was to “personalise household devices and make their uses more versatile”.

Watches were one of the first things to receive the SPOT treatment and Microsoft created something that could do nearly everything a modern smart watch can do, like checking the weather, receive messages and, of course, tell the time.

Unfortunately for Microsoft, the timing of this great innovation was not right. This is largely because the watch relied upon one-way FM radio for data around the same time as broadband was really taking off. Few people were interested in a gadget that had very limited data through 12 MSN Direct channels, so 2008 saw the demise of SPOT, with Microsoft stopping support for the platform.

Back from the Dead

Despite previous failures in the smart watch industry, Microsoft have had another stab at it. The Microsoft Band was released in October 2014 to take on new rivals such as Fitbit, Jawbone and Garmin in a bid to become the leader in the fitness tracker bands. The official launch video seemed to bear a resemblance to Apple’s marketing trickery by tapping into the everyday man’s life and using a largely philosophical message.

The Band has had good reviews to date, so the industry is waiting with baited breath to see if it takes off as expected. One thing is for sure – once Apple get their hands on the smart watch market, the level of competition will soar. Keep your eyes peeled, because we think that 2015 is going to be the year that smart watches take the mobile market by storm!

Karen Harding is the Marketing Manager for an Essex based software development and digital marketing company – Objective IT.