Snoring is quite a common condition that can affect almost any individual. It is generally observed that overweight people and men are most prone to snoring problems. This condition worsens as people grow older.

If this is not a constant activity and is something that happens once in a blue moon or when you are too tired, then it is not important to take this condition very seriously.  If it is anything more than this, then it could be a problem for the person sleeping next to the one who is snoring.

The problem generally doesn’t end here. People who snore not only disrupt other people’s sleep but they also disturb the own sleeping patterns. If this condition is neglected for a longer period of time, then it could prove to be a hazard to the snorer’s health. In certain cases, it is the first sign that people show when they are suffering with obstructive sleep apnea, a serious sleep disorder. 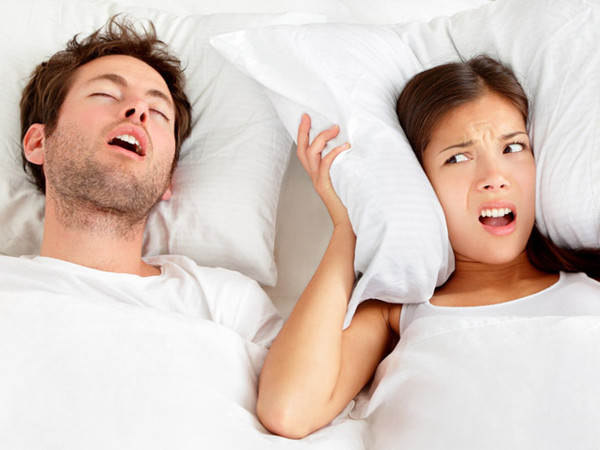 What Makes a Person Snore?

The problem of snoring occurs due to physical obstruction in the air passage which acts as a hurdle in inhaling and exhaling air from nose and mouth. Obstruction can be caused due to a number of reasons as listed below:

This problem is generally observed in people who are overweight or obese.  Sometimes, children with large tonsils and adenoids are also known to have this problem.

#2: The working combo of soft palate and lengthened uvula

The improper working of these structures can cause the gap between the throat and nose to narrow down. When in vibration mode, these structures bump against each other thereby creating an obstruction in the air passage.

#3: Relaxation in the muscles of throat and tongue

Over relaxation of the muscles of throat and tongue can cause them to collapse thereby obstructing the air passage.  This condition is generally observed when a person enters into a state of deep sleep or when he’s using sleeping pills or has consumed alcohol.

People who suffer from certain kinds of allergies or from sinus infection are prone to obstructing their nasal airways due to the underlying conditions. Deviated nasal septum or nasal polyps can also be reasons for nasal passage obstruction.

According to a research, roughly 40 % of men and 30 % of women snore. Now let’s come to the biggest threat that snoring can pose – Sleep apnea.

What is Sleep Apnea?

Sleep apnea is a kind of sleep disorder that causes the breathing process of a person to halt temporarily when the person is in the state of a deep sleep. Individuals who suffer with this condition and who are not taking any kind of treatment for it tend to continually stop their breathing process many times while they are asleep. Astonishingly, this can even happen for 100 times in a single night and the result can be really dangerous.

Temporary stoppage of breathing means that the supply of oxygen stops to the brain and to the body parts temporarily and thus, the function of body and brain becomes inefficient.

In general, there are two types of sleep apnea:

This is the most commonly observed type of sleep apnea which occurs when air passage becomes blocked.  The most common reason for its occurrence is the collapse of the soft throat tissue to the rear section while the person is in sleep.

In this type of sleep apnea, there is no obstruction in the air passage. Rather, it is a disorder in which the brain fails to send signals to the muscles telling them to carry out the breathing process. This is the result of improper functioning of the respiratory control center located in the brain.

Controlling Snoring Is the Key

Exercising control over snoring is not that easy and it requires real effort. If you are overweight, you need to shed some kilos and get into shape. Perform regular exercises to stay active and to lose weight. Quit smoking if you are a smoker. Avoid alcohol and try to make a regular sleeping schedule which you should follow all the time. If you have tried all these things and nothing seems to work, see the doctor and get rid of this problem as soon as possible.